You Tube is Still the Best Mobile Video Site 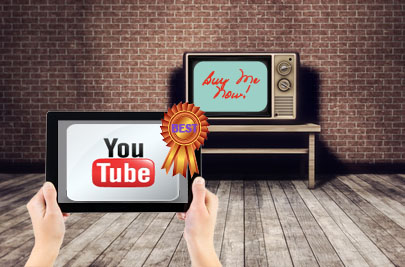 Aside from sending messages, making phone calls, taking pictures, playing games, and visiting social media sites, people with tablet PCs and smartphones seem to be spending a lot of their time watching videos. According to a study conducted by Nielson in August 2011, 60% of all new cell phone purchases are smartphones. With the rise in tablets and smartphones, there is a growing trend of these wireless devices being used during relaxation activities (like surfing from the couch while watching Breaking Bad).

According to Suraj Shetty, vice president for product marketing at Cisco, in an interview with the New York Times, says “seventy-one percent of mobile traffic will be video by 2016”. A lot of experts, in fact, believe that mobile video sites will rule the mobile web, especially with websites like YouTube, VEVO, Facebook, Yahoo!, and you’ve got roughly three-quarters of the internet traffic in the form of video.

With screaming statistics such as these, it has become increasingly important for marketing managers, directors and savvy customer-getters to incorporate video marketing as part of their lead generation arsenal. More and more emphasis is being put onto having an effective Search Engine Optimization (SEO) strategy, and given the fact that Google owns YouTube, anybody wanting to make headway in this area cannot ignore the power behind the power of video marketing (hosted on YouTube or Facebook) – and the effect it has on its SERP placement (search engine results page).

Our favorite added benefit of videos hosted on such sites, is the chatter and social aspect associated with these sites. It’s amazing how a well done, short, relevant, witty, funny or simply outrageous video can impact the masses and heighten brand awareness – far beyond what other traditional forms of marketing can do. Some phenomenal video marketing vendors are able to put out some amazing videos at great ease and speed – making this a much more doable and attractive form of marketing available to most businesses then ever before!

Indeed, technology is developing in double quick time. Evolution happens snappily that it’s difficult to catch up at times. Mobile video nowadays does not simply mean watching movies, missed football games, or music videos. With the introduction of the mobile video marketing and chat are you not thrilled to find out the future developments in your arsenal?